Our participants are well on their way to victory in their beloved rickshaws, battling anything that comes in their way. But what happened during the first three days? Here is the recount. 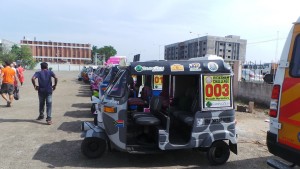 Look at All of These Beauties!

On Day 1, right at the beginning, the beautiful chaos that us, Travel Scientists thrive on has begun. The initial plan was to have a team registration and briefing at 8.30 a.m. in the events hall Ajentha, at the Hotel Deccan Plaza. Teams started to show up from 9 a.m., lead by the team from South Africa, the “Punjabi Hornstars.” These guys decided to join us on the Classic Run thanks to the recommendation of some of our previous participants, Mandy and Matt.

Team 14, “Are We Nearly There Yet,” showed up with great distress – their luggage was lost, their moped transport was delayed and Jack was stung by a bug. Jack and his teammate Bridget were immediately liked by everyone – they have really amused the other teams with their questions and actions. Once the registration was finished, the Briefing started. One of our groups, Team 16, didn’t show up until the last minute of the Briefing. They joined us in the Practice run. 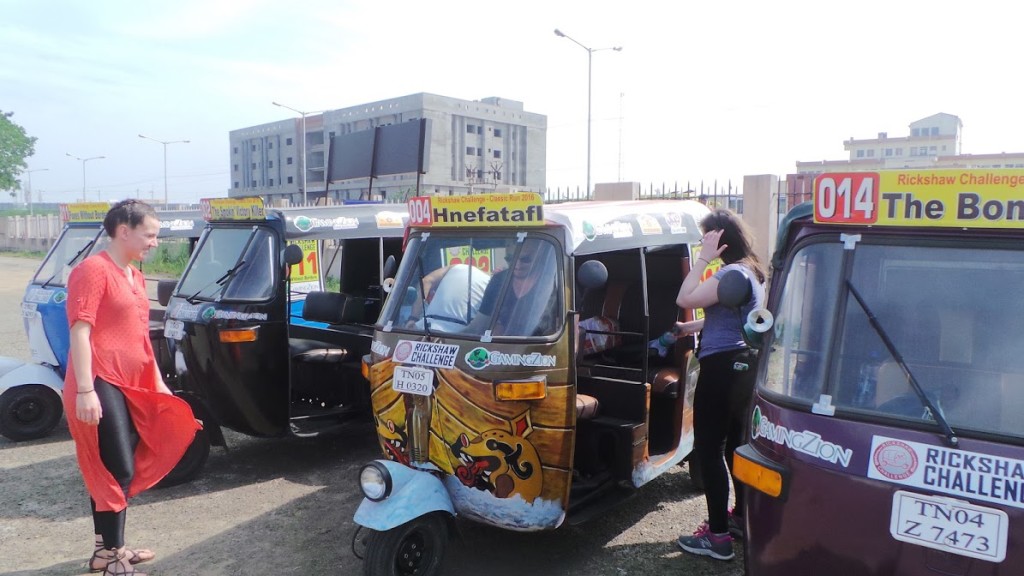 The Practice session was incredibly fun; all the teams had a niggling problem of some or the other. Almost all the vehicles had a back gear problem, keeping the Chennai Garage people on their toes until the teams left the Practice Ground. As usual, some of the teams picked up the art of driving a rickshaw really fast, while others toiled to perfect their skills. Later in the evening, the Travel Scientists crew organized a dinner party to welcome our participants. It was a party that most of the people refused to leave, even after we politely asked them to do so. It reminds me of the song called Hotel California: “You can check in at any time you like, but you can never leave.” The amazing fun day came to an end when our racers realized that they will be on the road the next morning. The excitement didn’t end here, however; in the middle of the night, one of the rally organizers got a call from Jack from “Are We Nearly There Yet,” that his girlfriend didn’t return to the hotel they were staying in. Thankfully, a shout-out was made in the Classic Run’s Facebook Group and the situation was sorted out. 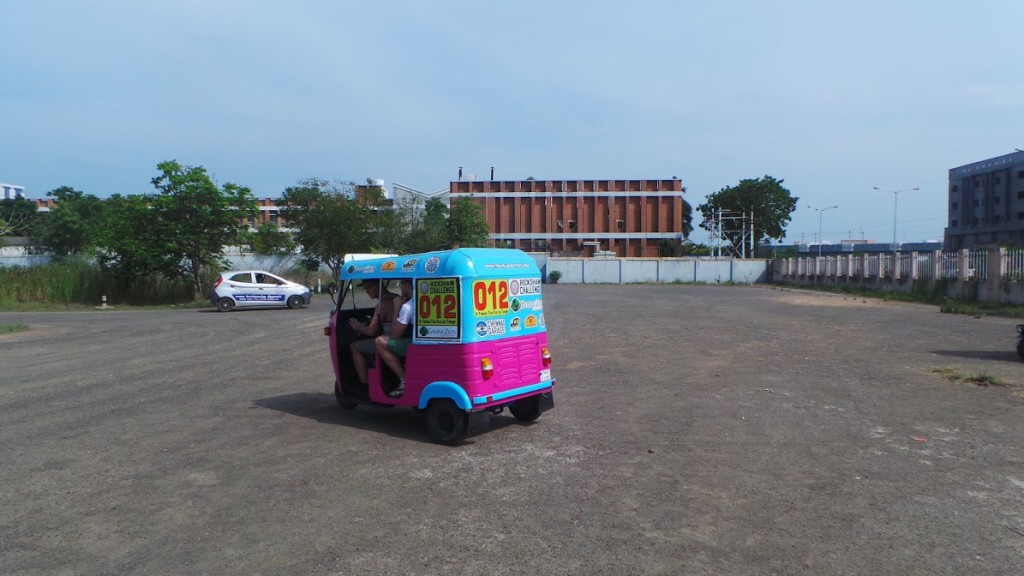 Day 2 was a bright sunny Tuesday morning that started with a BAM! when the teams showed up in their insanely cool costumes. There were some Scotsmen, Pirates, Vikings in helmets, Princesses in crowns and the best of all: Team Duyfken from Australia. They came in identical motoring sport suits, with uniform helmets and bike goggles. 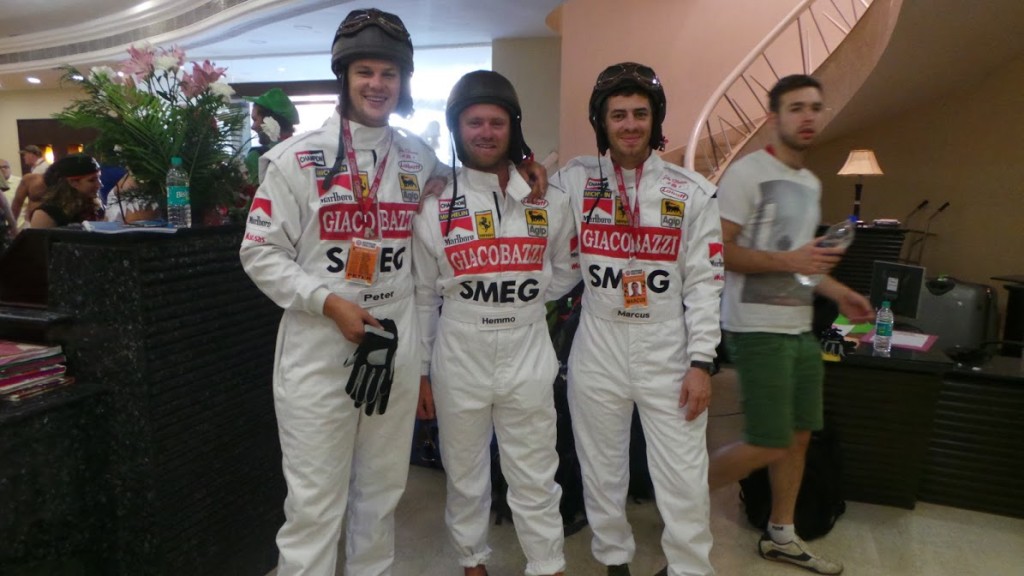 The flag off was done by the charity organization Round Table of India, and the Classic Run 2016 hit the road! The day went without many calls, but the evening was too busy for the Chennai Garage crew. Team 3 lost their front tyres and crashed into the side of the road. Luckily, they didn’t topple, but unfortunately, one of the team members, Rob, got hurt badly. The support crew took them to Pondicherry Hospital, where it was diagnosed that Rob doesn’t have any serious injuries, so the Team declared that they’d go on. We got a break down call from Team 10, the Chennai Garage people met them at 7 p.m. and fixed the problem. They were more than 70 km away from the destination, and in the end, they reached the base hotel at 10 p.m. The rest of the teams have done well, with all of them completing our challenges. The old fort at Alambari provided them with a great opportunity to make new profile pictures. 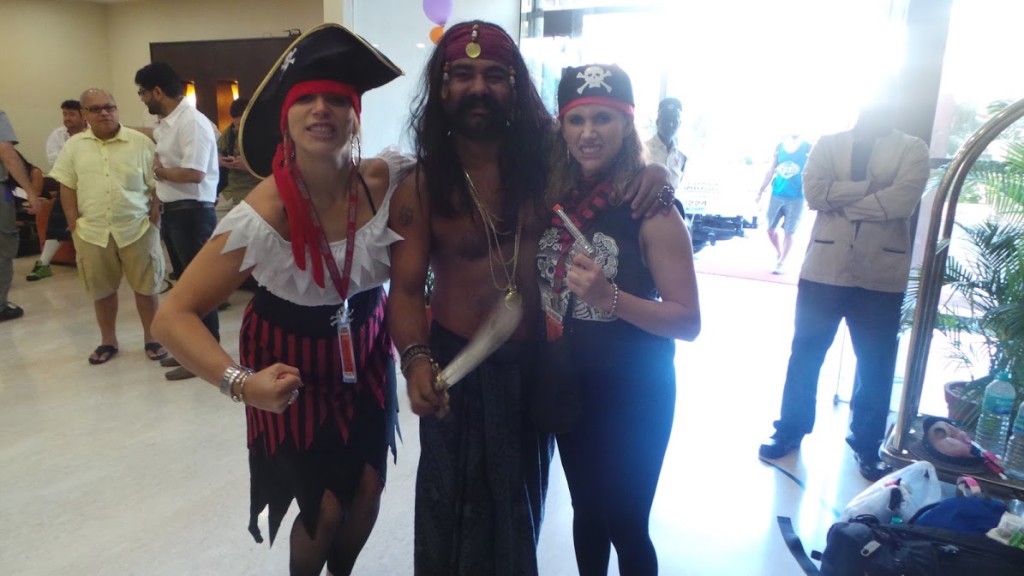 The school visit on Day 3 was cancelled, because the school was closed for the holidays. Even though the teams were discouraged by this, they quickly recovered for the flag off, which was captured by local media. The road to Thanjavur was battered badly by the recent rains, and all the teams arrived late, except for Team 3, which made the flag off time. The day wasn’t as easy for Team 13; Jack panicked at Vaideeshwaran Koil and he was eventually helped by the locals, who helped him get medication in the government hospital The Travel Scientists staff picked them up and drove them to the hotel in Thanjavur. All the teams brought with them tons of exciting stories from the road, the best being the story of Team 3, which got Rs. 3000 from a local who wanted to take their pictures. Only three teams finished their run before the flag down time: Team 1, Team 8 and Team 11. The night in Thanjavur turned out to be one filled with party; many teams gathered in a room and kept the hotel alive until 2 in the morning. 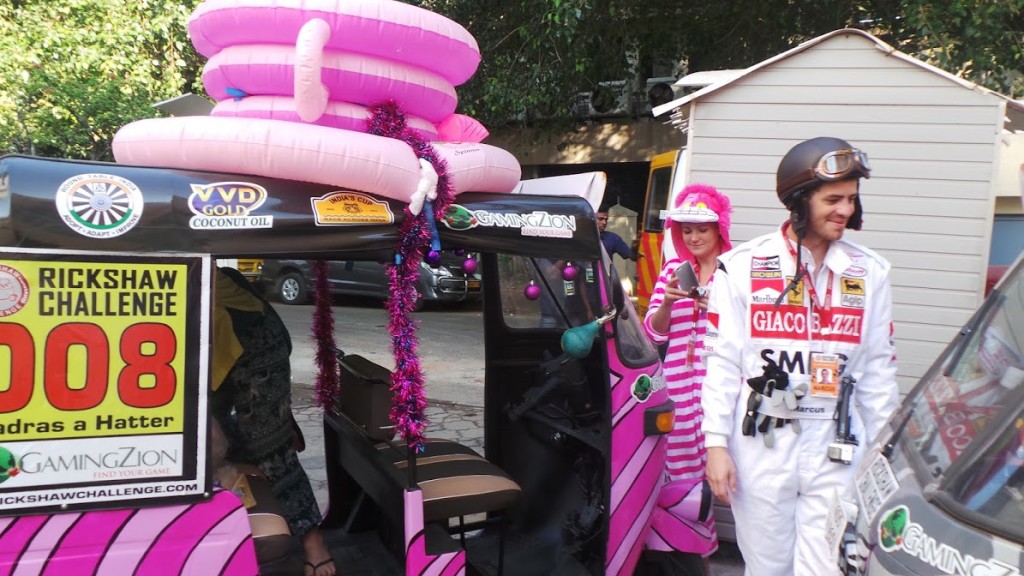 Day 4 started with a lot of adventure and became a paparazzi morning, since the local media came to make interviews, photos and videos with the teams. Once the media talked to them, our teams left for the day.