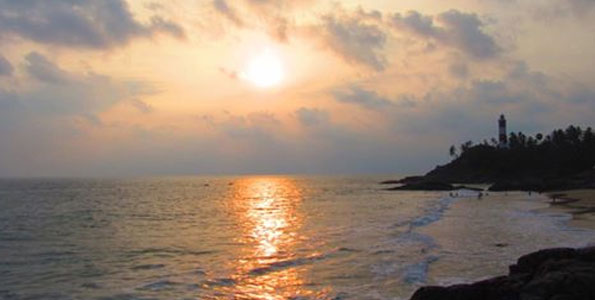 On Sunday, the Rickshaw Challenge Malabar Rampage continued for the 21 racing teams. This day had the first real test in storage for the drivers – if we don’t count the first session of fighting for survival behind the wheels in the rickshaws from Saturday…

The first test for the racers was to locate the train station without any help from the organizers. They also had to deal with the task of getting a ticket. Then they had to take a picture of the rickshaw and the team with the Sri Padmanabhaswamy temple in the background.

Having completed these demanding challenges, the racers finally were able to spend the rest of the day with sightseeing, going to the beach or just slacking off at the roof terrace and pool of the hotel.

This last opportunity to recharge the batteries was vital before the first stage of the 2016 Malabar Rampage from Trivandrum to Alleppey on Monday. This means a journey to rural India, and so the beginning of the crazy adventures of the Rickshaw Challenge Malabar Rampage and the first experience of the extremely interesting everyday life of the locals.

The first stage of the Rickshaw Challenge Malabar Rampage will also include visiting one of the best beaches in India and some other really serious tests for the racers.