Competing against each other in a friendly fashion, our teams from the Rickshaw Challenge Malabar Rampage 2015 made it to the finish line in Goa. It was a toughy this year where competition is concerned, since the teams submitted crazy photos completing the challenges, such as ferrying locals on their rickshaw to getting frisked up by policemen, but at the end of the day there is only one winner. 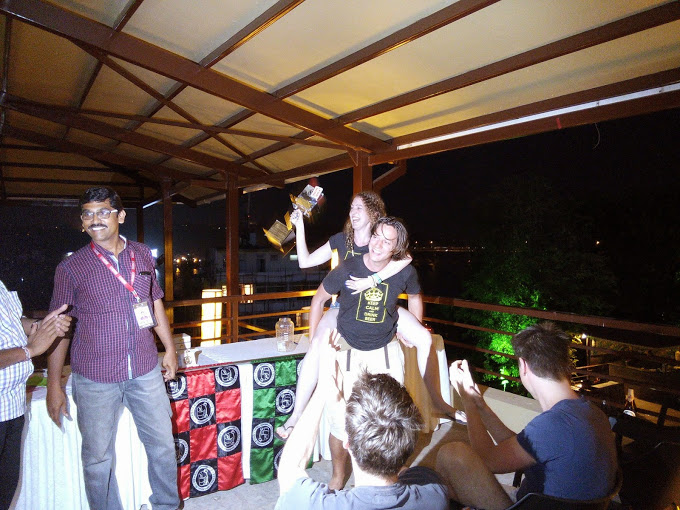 Runner up teams included a tie at second place between the Malabar Handlebars and The Polar Bears, with The Six Out and Farewell Team coming in third place (however, they walked away with the Bonker’s Award so still winners in their own right!)

You can see the final scores, including all the charity awards and extra bits and pieces added on in our rankings here: