Boy, was it a crazy ride! And we loved every second of it. So, without further ado, here are the last few days of this truly gonzo ride. 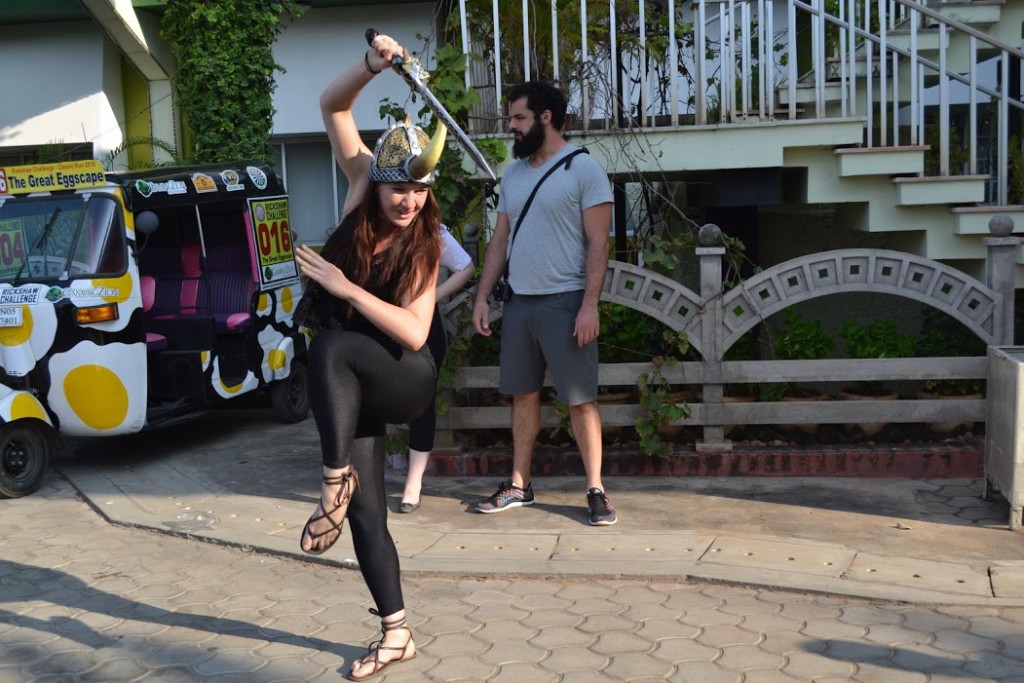 Being a short distance for the day, teams took it easy and all the teams reached in time, except for Team 10, ToukRush. They had a problem with their carburetor and they broke down 4 times during the day. Eventually, they made it to the hotel by 6.30 p.m. The Rickshaw Challenge 10th year anniversary party was pretty amazing and it was a fun night. Our charming Team 7 Chickshaw had detoured into a village and had flat tire. They had the whole village helping them and they were overwhelmed by the hospitality given by the villagers. After 5 days of nonstop fun, teams were starting to feel friendships evolving between them. A quick holiday for the fearless teams – there were optional challenges and they had a schedule for the day. The actual plan was to go up to Manappad, a lovely beach village, and visit a couple of temples to keep the teams occupied. Most of the teams opted out – only three teams did the challenges that day. 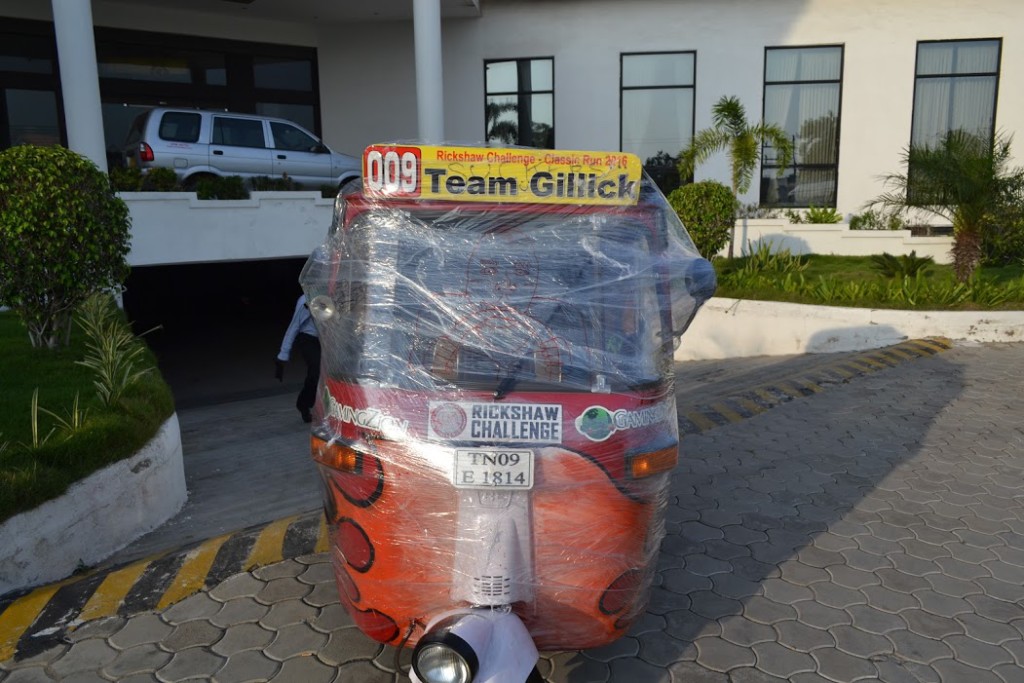 Morning came and the day started with a pretty packed agenda for the day. First we went to VVD Coconut Oil Factory where the teams were given a tour around the establishment. The racers spent an hour or so to look around and they took a lot of pictures. Then we moved on to the much awaited special feature of the Classic Run, the ‘ Bremajothi Farm visit.’ The participants had chance to enjoy tender coconut as a welcome drink and then they tasted various exotic fruits grown on the farm. This year there was a special, fermented palm drink served. Jack fruit was cut in front of the participants to demonstrate the intricate way to cut a Jack fruit. Then Mr. Bremanandam, the creator of the farm took them around the place and explained various trees and plants he had developed over the years.

Celebrating Pongal is the next agenda of the day. Teams were offered dhoti and sarees the traditional South Indian wear and asked to make Pongal with offered ingredients. Then the next one hour saw the teams toiling around the natural earthenware and fire to make the delicacy. Finally the competition was judged by some Indian guests at the function. Team 10 won the competition based on presentation, taste and consistency.

Some of the teams stayed on the farm for the night and they skipped the Tirunelveli stay. The rest of our teams moved towards Tirunelveli and the short day came to a happy ending. 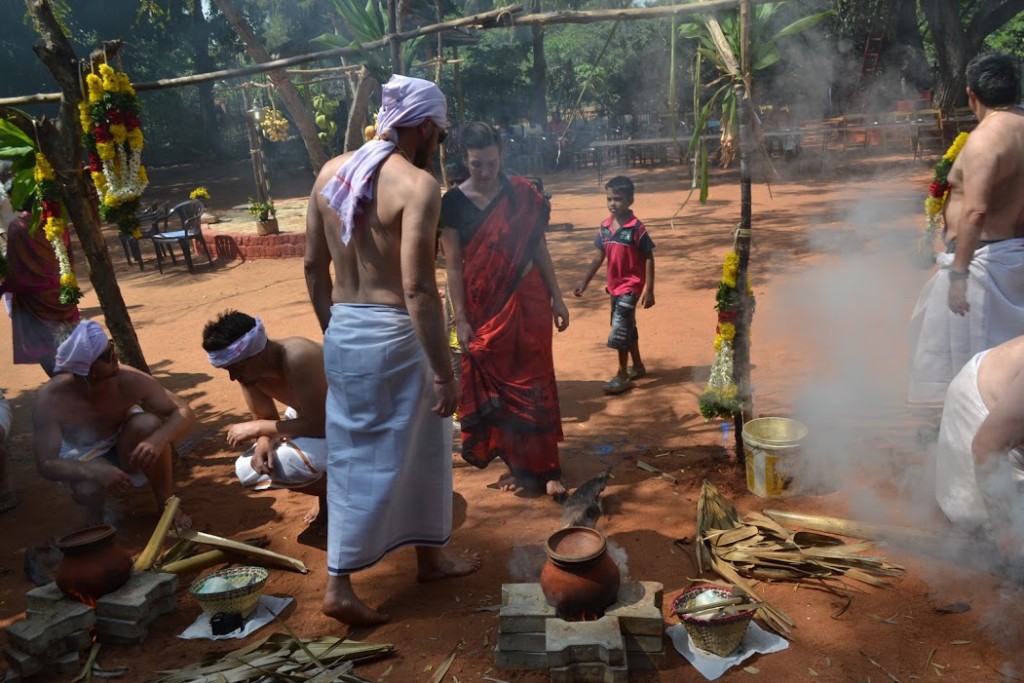 Teams were mentally prepared to face the second longest distance in the schedule of Classic Run. The planned visit to Manimuthar falls didn’t happen, because the attraction was closed due to a recent accident of visitors falling and losing their lives. The rest of the challenges were well played by all the teams and it was an event free day. Many teams enjoyed the beautiful sunset in Kanyakumari. Then, the teams proceeded to the poolside for some drinking and partying… the ultimate soother! 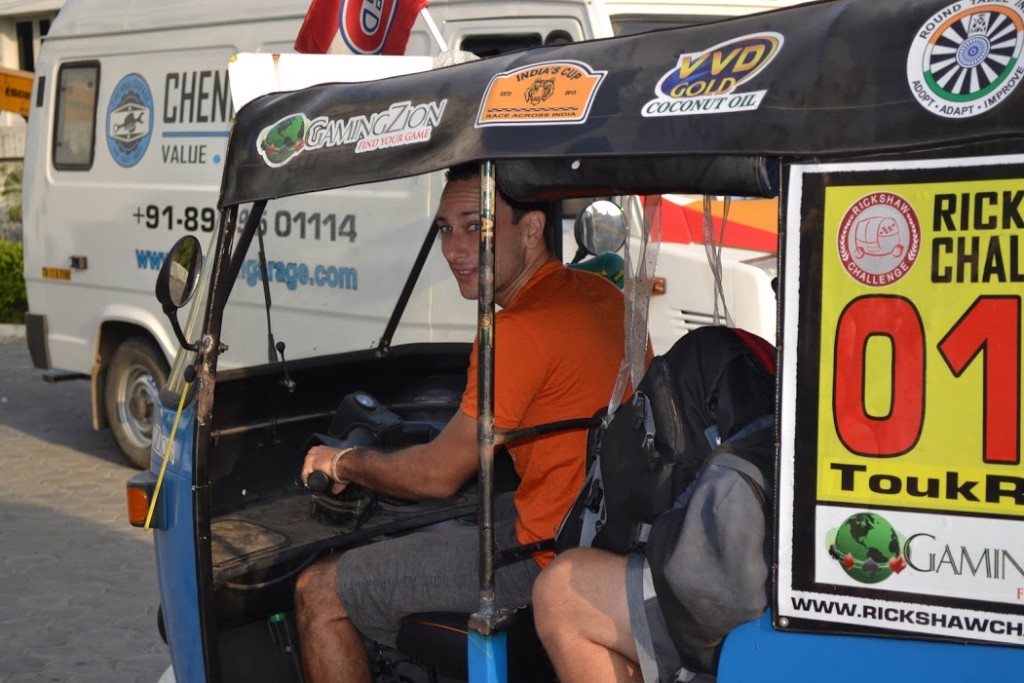 The final day went on schedule except for the fact that the service van could not pass the Kerala border due to some problem with sales tax officers. Thankfully, the last party was not affected by this. The trophies and awards reached the hall in time and we went on with the awarding ceremony.  Chickshaw, or Team 7 won the trophy, the Charity award went to Team 3, the Punjabi Hornstars and the Bonkers went to Team 11: Foxes Without Borders. Most of the teams spoke about what they experienced and how they loved their rickshaws and the Challenge. Alas, the Classic Run 2016 has ended. Congrats to all of our teams!

The scores for the top five teams were the following: