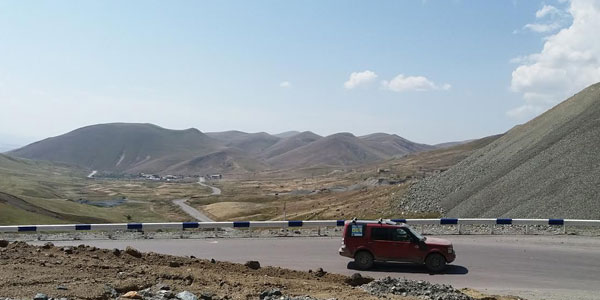 Day 9 of the Caucasian Challenge meant the teams would travel through the disputed territory of Nagorno-Karabakh, an area claimed by both Azerbaijan and Armenia. The road has significantly improved in recent years, a bit of a disappointment for team members looking for another adventure.
Team Care Bears used the extra time they had thanks to the smooth roads to stop at the last town on the border, Vardenis, for some small repairs on their car. A friendly mechanic was eager to help, and liked their car so much that he offered to buy it!

The border into Nagorno-Karabakh is barely a border at all. In fact, the only type of border control is a small hut with a few guards. The teams passed through with no problems, giving them time to stop and examine a few rusting tanks on the side of the road, remnants of the recent conflict.

The road was surprisingly smooth for most of the journey. The teams had enough time to visit some old monasteries, and team Llanfair Railway even had the time to stop at a thermal springs of Zuar. The most impressive monastery was the Gandzasar Monastery, a landmark of Karabakh, which sits at the top of a massive hill overlooking a huge green valley. 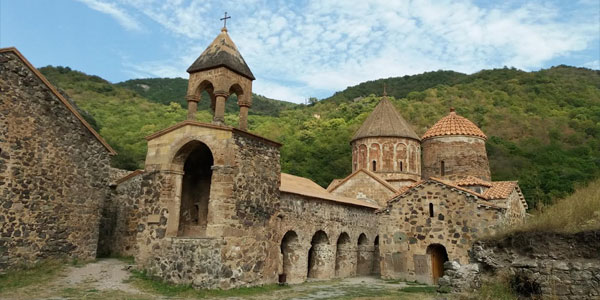 They then made their way to the Hotel Eclectica in Vank, a strange hotel shaped like the Titanic. Only team Wonderlust King stayed in Vank’s other hotel, which by all accounts was even more bizarre. A nice meal and few beers ended another beautiful day on the Caucasian Challenge.