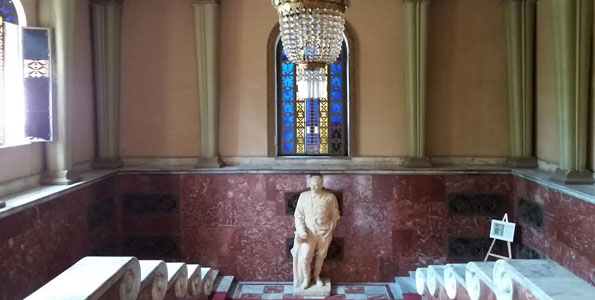 Day 6 of the Caucasian Challenge marked the halfway point of the journey, and bought the teams to Georgia’s beautiful capital city, Tbilisi. Unlike the previous day, the drive to Tbilisi is smooth and easy. Team Care Bears started the morning off right with a few glasses of Chacha, courtesy of a house guest at the hotel. They snagged a few photos holding rifles and bid their party friend goodbye.

The first stop was at the small village of Nikortsminda, one of the most holy cities in Georgia, and home to a number of ancient monuments. Google maps was beginning to prove unreliable as the team journeyed on, often providing “shortcuts” that would led to dirt roads akin to what you would find in a war zone. 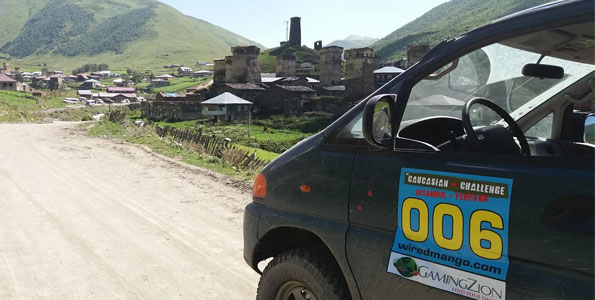 Nonetheless, the intrepid teams pushed onward to Gori, the hometown of former Soviet Ruler and generally-considered-bad-guy Joseph Stalin. The government tore down a massive statue of Stalin here in 2010, although it could be restored in the coming years. The teams got to see his childhood home, and photos of him as a young man sporting what would today be considered a very fashionable beard.

It was only a short trip to Tbilisi from Gori, and teams were delighted to find their hotel was directly across the street from the stunning Sameba Cathedral. A night in Tbilisi would not be complete without a little party, so the teams relaxed over dinner and headed into the night to further explore the Georgian nightlife.

Day 7 was perhaps the most relaxing day of the entire Caucasian Challenge, consisting mostly of exploring Tbisili and mentally preparing for the tough days ahead.