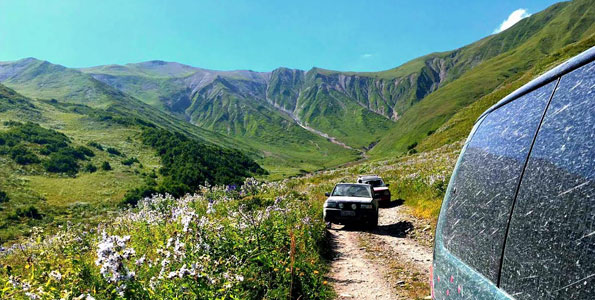 Day five of the Caucasian Challenge began in the early hours of the morning, which is impressive considering the night’s festivities had barely wrapped up. The teams set out on a full-day adventure of off-road driving towards Ambrolauri, and quickly realized that the terrain was much more unforgiving than in previous days. Despite it being a bumpy ride, the views along the way were stunning.

The first stop along the way was in the small town of Ushguli, known for being the highest inhabited town in Europe. The teams grabbed snacks and took in the magnificent views. Unfortunately, Belgian Tom had not quite recovered from the night’s festivities, and at one point looked so ill that a local grew concerned. A little hangover couldn’t damper the teams spirits, however, and they pressed on towards the tremendous Zagor Pass. 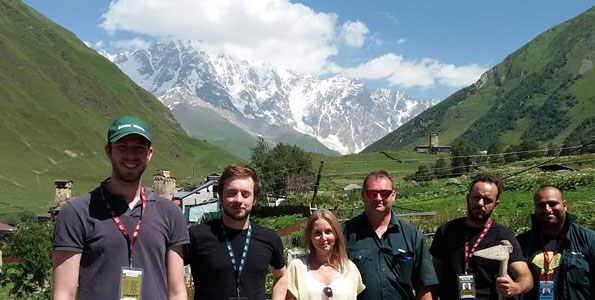 A lack of rain over the previous week made driving here a relatively easy experience, although rocks and streams still dominated much of the road. The teams ascended up the mountain and were rewarded with what many consider one of the most incredible views on earth.

After taking in the scenery, the teams made their way to Ambrolauri and found their hotel with the help of a few locals. The night ended with a dinner underneath the town hall and a raucous Georgian night just heating up.