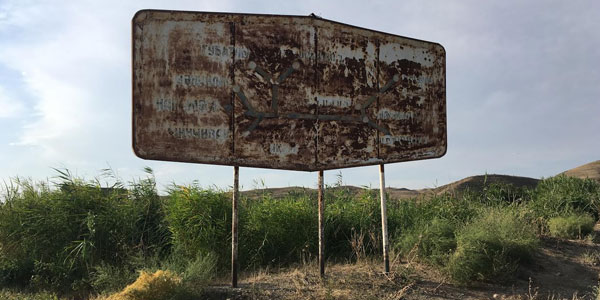 Day 10 of the Caucasian Challenge brought the teams from Vank to Kapan. The teams, with the exception of Team Llanfair Railway who had got theirs the day before, left Vank in the morning and made their way to Stepanakert to obtain Nagorno-Karabakh visas.
The teams made their way into the Karabakh capital and admired the “We Are Our Mountains” monument, known by locals as the “Grandma and Grandpa.” This huge red-stone-face monument is highly symbolic for Karabakh, and was even featured in Armenia’s Eurovision video in 2009. The city itself was surprisingly modern, due in part to investments from Armenian diaspora.

It was around this point that the rally began entering dangerous territory, along the no-man’s land between Nagorno-Karabakh and Azerbaijan. It was not long ago that a skirmish broke out here and multiple people were killed. 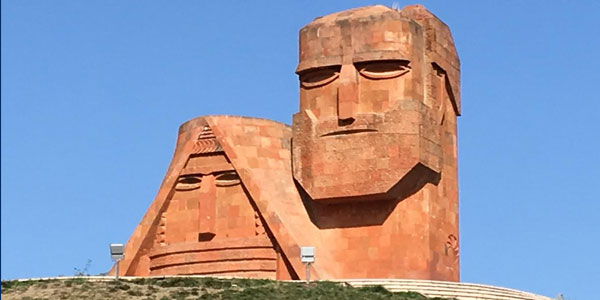 The team headed south, where the conflict’s devastation was truly realized. Deserted towns and destroyed buildings were common sights. The teams ended up driving along the Iranian border, and Team Llanfair even attempted (unsuccessfully) to get inside. 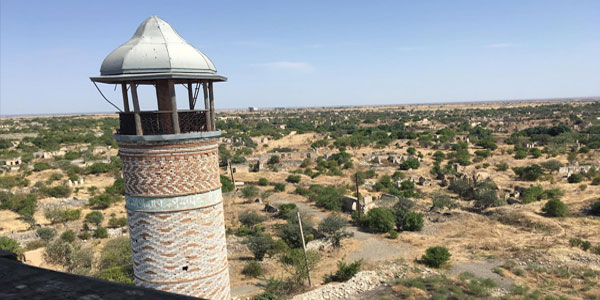 After a nice drive towards the setting sun, the teams crossed back into Armenia and arrived at what appeared to be a Soviet style hotel in Kapan. It was Team Care Bears member Floris’ birthday, so the teams celebrated with vodka-infused watermelon and a delicious meal.