As the Rickshaw Challenge – Classic Run 2016 continues, our racers become closer through all the parties, see crazy things and experience just how nice people in India are… 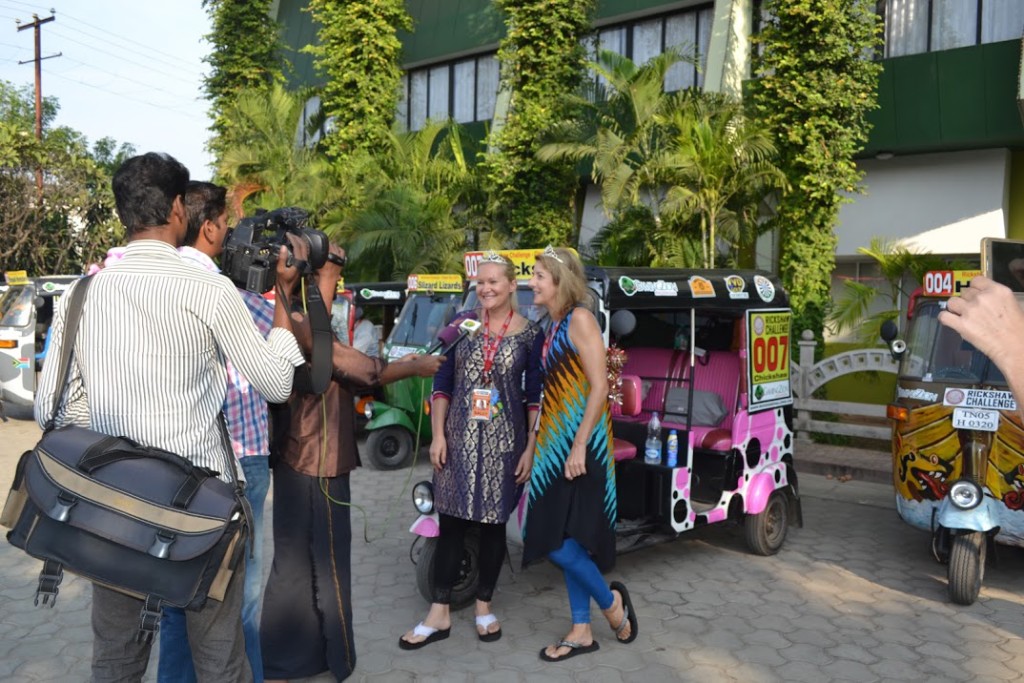 After a good start, there were two teams, Hnefatafl and Foxes Without Borders which did  not get on the road until 11 a.m. Within half an hour, we got a call from the Punjabi Hornstars, because they accidentally hit a stone during their journey. Our team fixed it pretty quickly and they were back on road in a short time. The Bomb Baes also ran into a bit of trouble: they had fuel issues. They called us, but before our team could reach them they got fixed by a local mechanic and they were back on road . The rest of the trip went down without any calls for service after that. Before leaving Thanjavur, all the teams visited the Big Temple in town and the monumental, breath-taking temple impressed each and every one of our challengers. 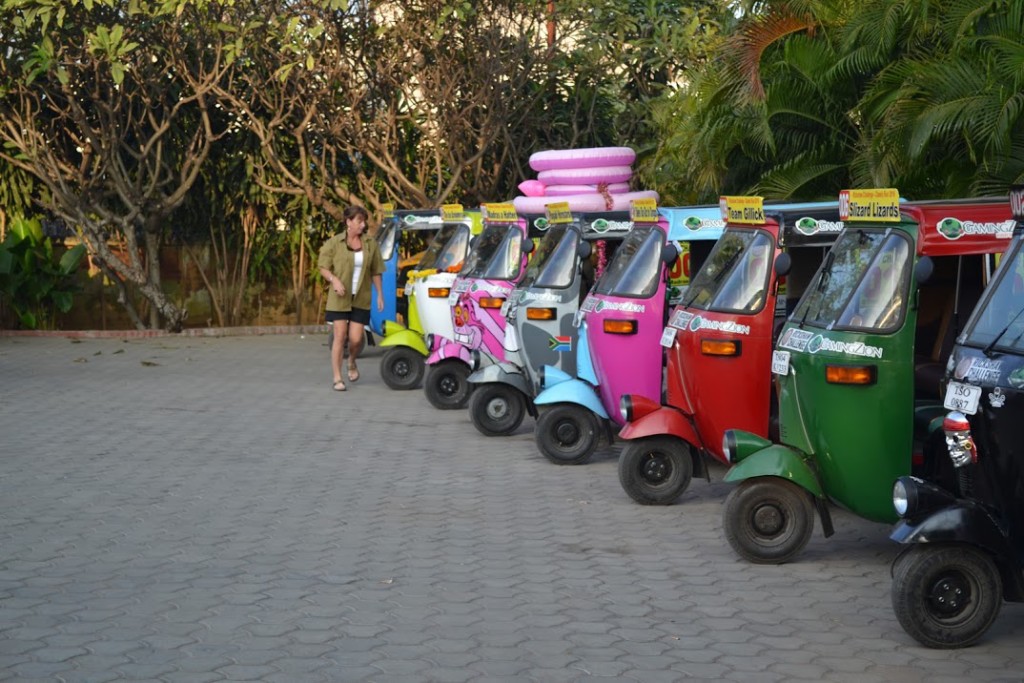 What a Nice Line!

Being a New Year’s Eve, some of the teams joined us on the party that the Travel Scientists organized, while some of them had their own fun. The official party was in the Pasumalai Taj Hotel – a swimming pool party that had unlimited varieties of food choices and a beautiful stage to entertain our guests. As the clock struck midnight, warm New Year wishes were exchanged between the crowd and the teams left the place with heavy heart – onto the after-party! After that, The Travel Scientists crew arranged an after-party on spacey, green meadows on the outskirts of Madurai. All the teams enjoyed and had fun to the limits (mind you, no limits in drinks).  The after-party was a knock-out party; people let their hair down and had ultimate fun. 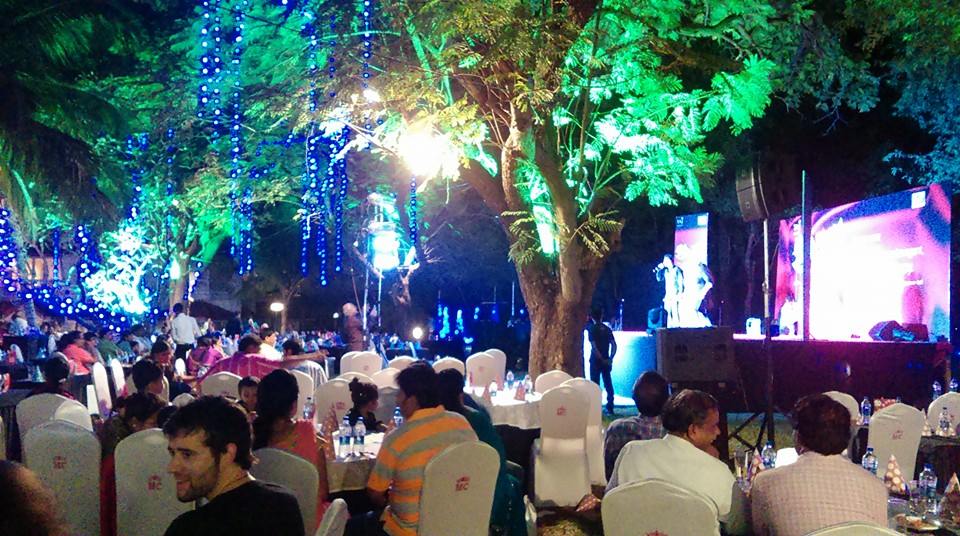 The Travel Scientists crew had a resting day as well. Here I want to mention a story which happened to Team 9  (Team Gillick). It was on the day to Madurai that Josh lost his iPhone. He came to the staff and shared his story. They thought it must have fallen out by mistake and they did not realize it then. When all hope was lost, to everyone’s surprise, the Staff got a call from Josh’s phone number at 6 p.m. and the person speaking informed us that he had found a phone. This brought huge relief to the team. Finally, the Chennai Garage staff went to the spot he mentioned, collected the phone and gave it to the reception and in the evening the team collected it. This sort of honesty and chivalry especially in this part of the world has amazed the team completely and they were humbled by the gesture. 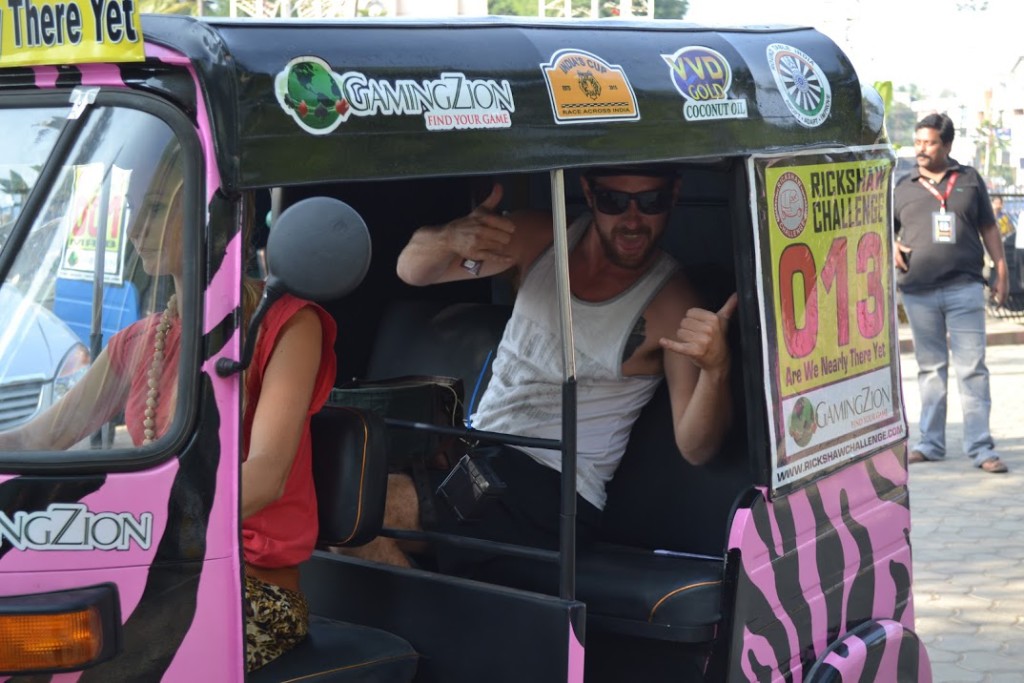 Unfortunately, the  school visit got cancelled, but as usual, the teams were briefed on the plan for the day. Most of the teams went to Meenakshi Amman temple in the morning and left Madurai. The race is getting closer to the final day, so everyone is very excited to see the outcome and the sum of points they gathered.

Are you crazy enough to come along for the ride? Then join us on the next Rickshaw Challenge. Get a team together and let’s see you at the starting line! If you want to join us in spirit, like us on Facebook or follow us on Twitter to keep up with our latest antics.